Science Ahead of the Coronavirus, But ...

After emerging from the first wave of the pandemic, the new onslaught of COVID-19 propelled infections in this Central American nation. Although the criteria of public health workers guide the strategies of the government, the economic-political undercurrents are an unavoidable reality.

NICOYA, Costa Rica -- Within minutes, a ranch became the strategic location to place chairs two meters away from each other; another chair in the center for sampling; a table with the supplies for the swab and one more for the two laptops to keep records of the screening.

Nine health officials were doing the work, uniformed in their protective suits in the 93-degree heat that is typical in Nicoya, a town in the province of Guanacaste on the Pacific coast of Costa Rica.

In the San Martín neighborhood, the line for testing totaled around 58 residents and 14 health officials from that sector, apparently healthy and free of the virus, all wearing masks and ready to take the test, on July 9, a task that allowed 10 positive patients to be detected.

Eager to rule out any infection by the new coronavirus, Nelson Matarrita attended the screening on July 9, in the San Martín Nicoya neighborhood, northwest of Costa Rica. Photo: Mauricio Bustos.

The active search for Covid-19 patients is one of the health strategies used by Costa Rica, a country navigating its second wave of the pandemic in the midst of a population that is tired of messages about staying at home and challenging the virus with social gatherings, and with a skyrocketing unemployment rate -- 20.1% in May -- and informal economy that throws many into the streets to seek their livelihood, despite aid bonds from a government working under a budget cap.

"In Nicoya we have had group infections because a family decides to organize a party. Directly, I tell them that it is a great irresponsibility to play with everyone's life and thus put pressure on the health system just to have a good time a few hours," said Dr. Sugeylin Castillo Salas, in charge of epidemiological data and part of the sampling team of the Nicoya Health Area of the Costa Rican Social Security Fund (CCSS).

The Virus Wanders at Ease

As the line of volunteers in Nicoya advanced, the World Health Organization (WHO) reported from Geneva, Switzerland that Costa Rica had joined the list of countries with community transmission of SARS-CoV-2 on July 9.

Unlike other countries, Costa Rica overcame its first pandemic wave with positive international headlines, registering the lowest case fatality rate in Latin America, 0.85%, with 6 deaths and 705 patients as of April 28, according to official data.

At press time on July 25, that indicator fell to 0.67%. But this was due to the fact that the 98 deaths recorded were a small proportion of the shocking increase in infections --14,600 accumulated cases, of which 74% had active an infection. Of those, 6% required hospitalization.

“We have 293 hospitalized, 242 in standard-care hospital beds and 51 in intensive care. Remember that we started July with six - patients - in intensive care,” reported the CCSS executive president, biochemist Román Macaya, that day at the usual press conference.

During the relative calm of the first wave of the pandemic -- since March 6, when Costa Rica reported the first case, until the end of May -- the CCSS converted a rehabilitation hospital into a health care center exclusively for Covid-19, which reached its capacity of 88 beds in the second wave. Then, health officials revamped entire floors in different hospitals, which has provided an adequate margin for new cases.

For his part, as an epidemiologist and health worker, the Minister of Health, Dr. Daniel Salas, reiterated the importance of "recovering the tracing of cases" for the isolation of those infected. This fell apart in several hot spots in the country, mainly in sectors of its capital, San José, due to the avalanche of cases of the second wave.

Conexión Centroamericana arranged an interview with Dr. Salas, however, at press time, his press chief, Ilse Chango, declined the request due to "the complicated agenda in the context of the situation the country is facing.”

The Dance and the Hammer

The first nation in Central America to register a Covid-19 case and the last to reach the community transmission phase, this country of 5.1 million inhabitants put health care professionals, epidemiologists, doctors and scientists on the front lines in strategies for the pandemic.

On March 16, Costa Rica’s government decreed a National State of Emergency with the closing of borders, suspension of the academic year – distance learning continues -- prohibition of massive events, promotion of telework, restrictions on the opening of shops and circulation of vehicles, closure of beaches and national parks, as well as other measures that varied with the reopening process.

Although there was no mass confinement, infected patients had to be quarantined and the population was urged to #quedateencasa (#stayathome), among other health guidelines.

Despite all these restrictions, the sentence of community transmission by the WHO was imposed. The next day, the President of Costa Rica, Carlos Alvarado, and the Minister of Health announced that "the hammer" would be applied. An epidemiological fence would be enforced in the center of the country -- 27% of new cases came from sectors of its capital, San José – as well as other areas of higher risk of infections, such as towns on the Nicaraguan border.

Inside the epidemiological cordon, there were severe restrictions on vehicular traffic, public transport and closings of public offices and shops, in order to reduce the number of people leaving the area, reduce infections and allow health care personnel to monitor of each of those infected.

"The dance and the hammer" was the term used by the President when he announced the process of reopening the economy on May 11, to indicate that commercial activities would resume in four gradual phases while monitoring the progress of the epidemic.

However, after a dance of almost two months, the peak of cases of the second wave spoiled the economic party. The places with a high risk of infections did not enter phase three and the restrictions – hammer -- were tightened. In the rest of the sectors, the opening -- dance -- continued. 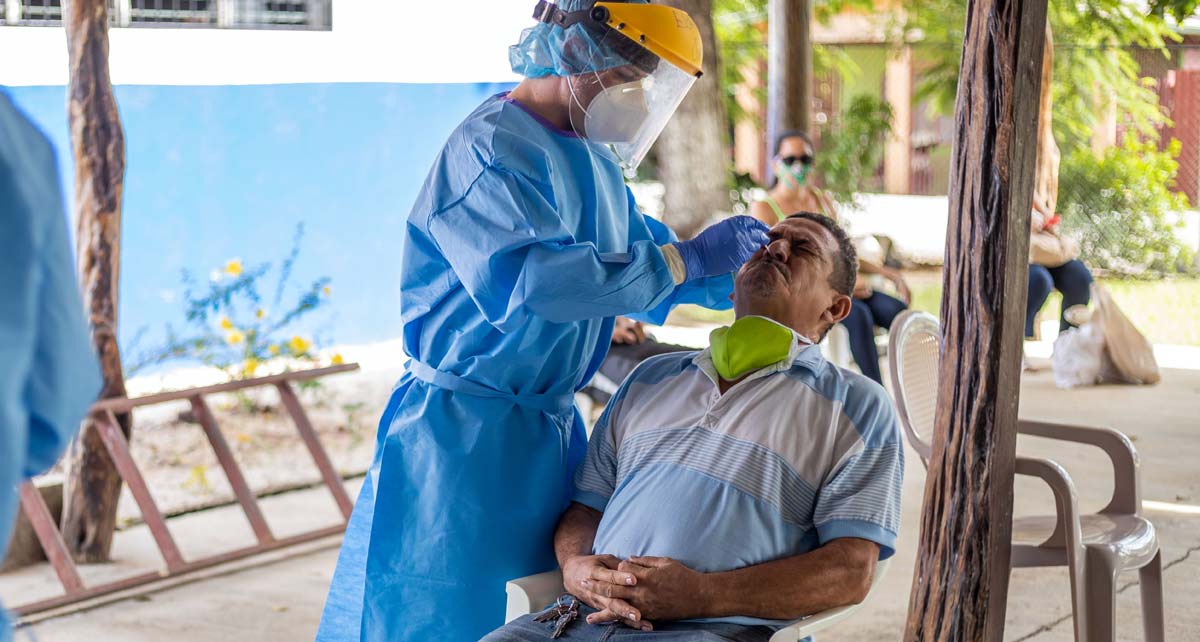 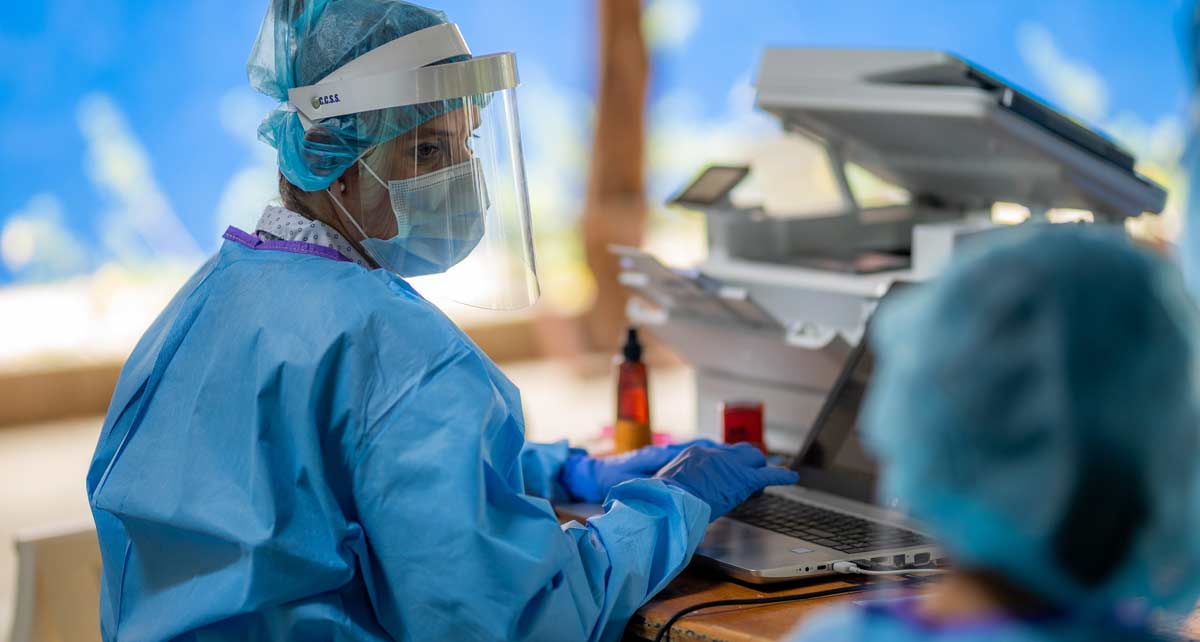 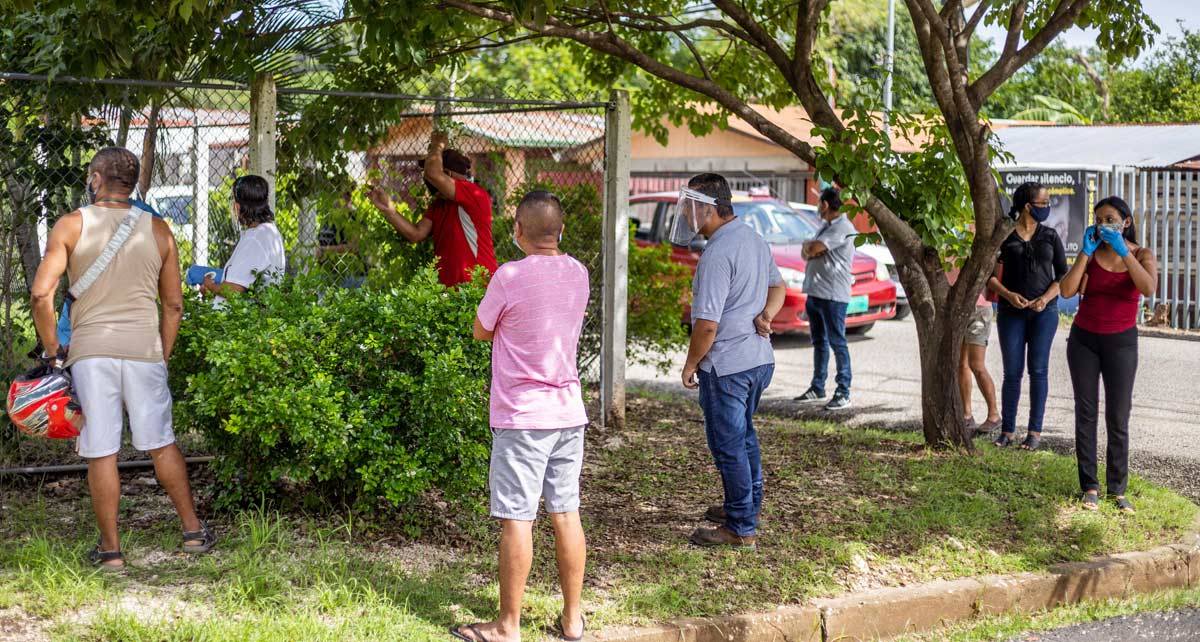 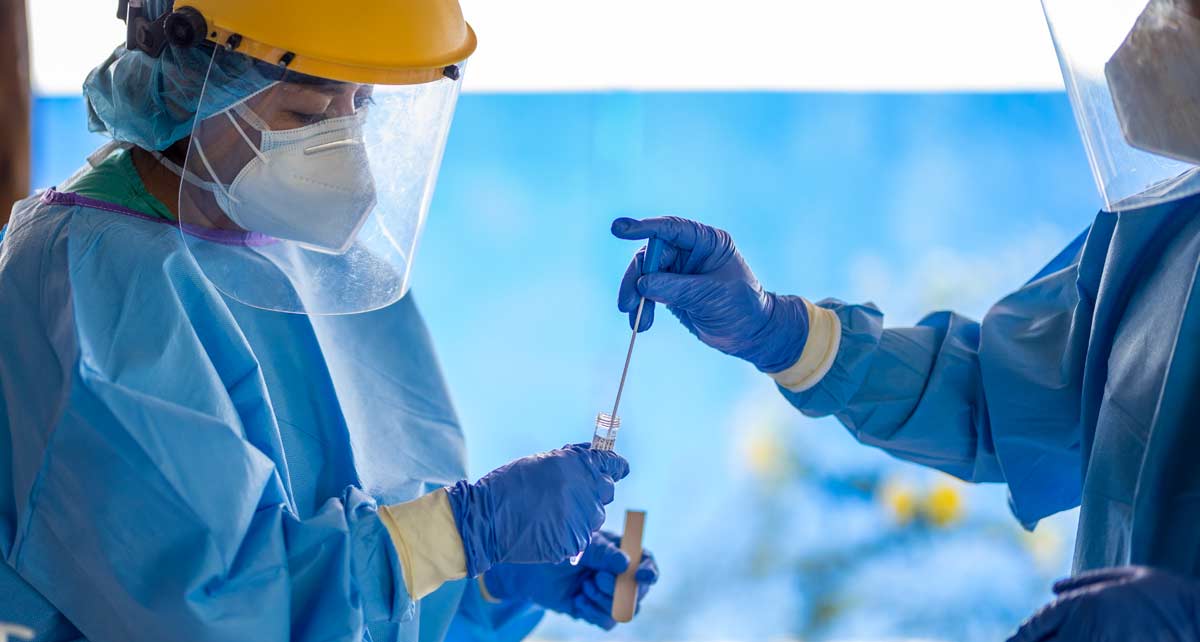 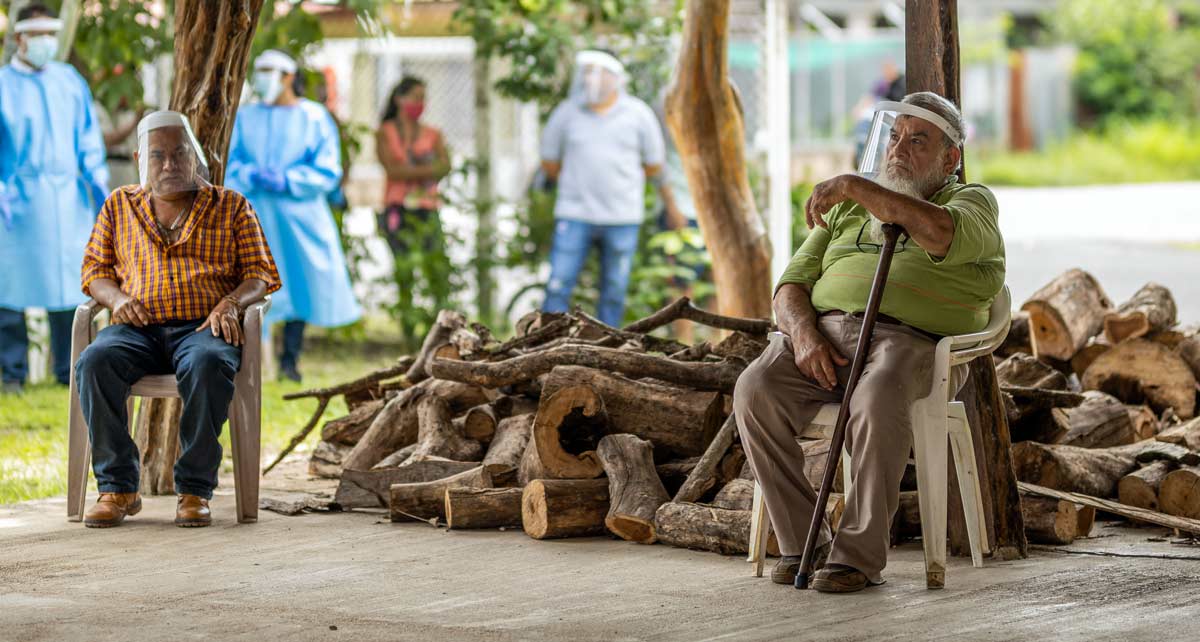 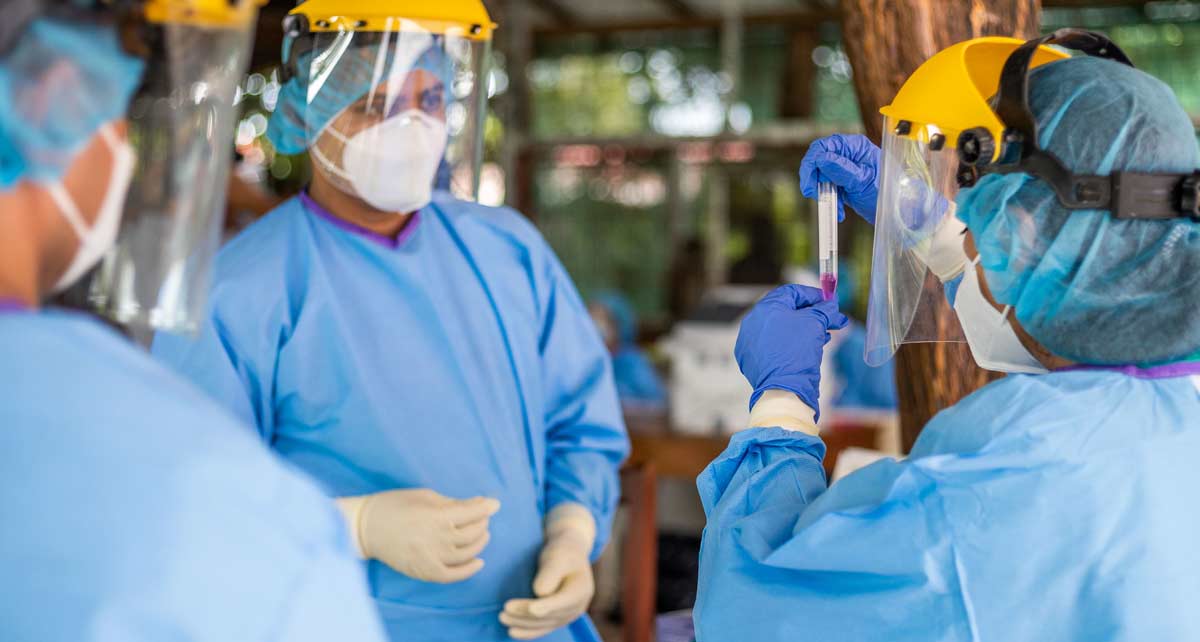 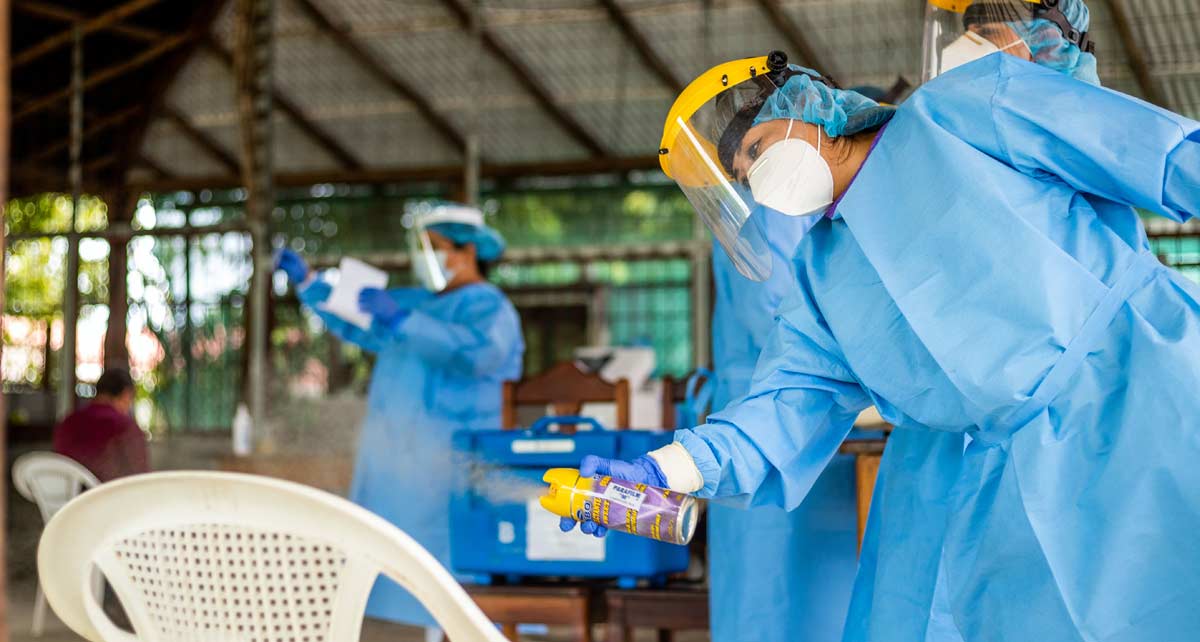 Specialists consulted by Conexión Centroamericana listed aspects that could have affected the spillover of infections and, although they acknowledge that health professionals and scientists have played a key role, they say there is an undercurrent of political-economic pressure.

"Those who believe that everything is going to be fixed by reopening the economy and all of its activities -- many sectors are pushing for it -- are very wrong. If that is done, the pandemic will leave a very bad stain and the economy will not improve because people will not leave their houses,” said demographer, health worker and economist, Luis Rosero, founder of the Central American Population Center, with headquarters in the Costa Rican capital. 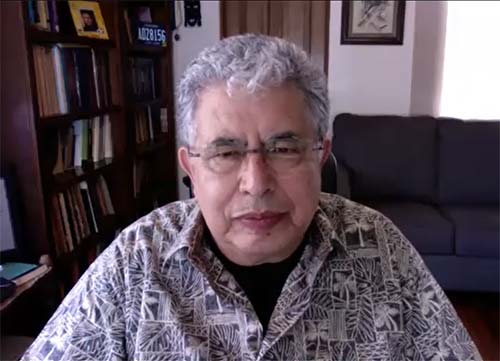 For the academic coordinator of the Master in Epidemiology of the National University of Costa Rica, Juan José Romero, the government advanced the economic opening and ignored the epidemiological cordon.

"Minister Salas has been in a tug-of-war with all sectors of economic power in the country. I know that he has been advocating epidemiological cordons since one to two weeks ago -- the decision to apply the hammer,” said, Romero, who was a professor of the Minister of Health.

In the opinion of infectious disease specialist and and former Minister of Health, Dr. María Luisa Ávila, Costa Rica did not have as a strong reopening as other countries.

“Health is not only the absence of disease, in this case, the absence of Covid-19. People also need to work, have financial health and be able to meet family and social needs,” said Dr. Ávila, who coordinated health care for the AH1N1 pandemic in 2009 with current Minister Salas as a key member of her team.

In fact, the first wave hit a group with the economic resources to comply with the quarantine. The second wave affected families, both national and foreign, with limited incomes. But from high income to low, all of them sinned in organizing parties that left them sick or even dead.

“The profile changed with hot spots in the northern part, bordering Nicaragua, linked to cargo truck drivers who cross borders and, on the other hand, agricultural workers, mainly undocumented ... There is the hypothesis that many came from Nicaragua infected and they fell sick in places with high overcrowding, subhuman living conditions, that led to a rapid spread of the virus. But at the same time, there was a displacement to the metropolitan area, to sectors of high population density, overcrowding and poverty,” Romero explained.

He clarified that this hypothesis can explain the first part of the second wave, but it does not mean that foreigners sickened Costa Ricans. “We have the parties and the disorder -on the part of citizens that led to the cases … in addition, it is Ticos who are enslaving these people on agricultural farms,” he said.

Discipline to Mitigate the Crisis

The data reinforces his words: 61% of Covid-19 cases were Costa Ricans and 39% were foreigners, according to the report of July 25 at the closing of this edition.

For Rosero, the authorities' focus on the migrant population diverted attention from the silent advance of the virus in the center of the country.

"A lot of people believed that this was not a problem for Costa Ricans, but for migrants, and therefore they could do whatever they wanted, like going out, partying, and so on," he said.

To the list of failures in health care decisions, Rosero added having cast aside the use of masks, for which he advocated for months due to the evidence on the positive impact of this measure. The mandatory use of masks was discontinued at the end of June.

Is this crisis reversible? Experts are hopeful, but warn that mitigating this wave requires extremely strict measures, above all, focused on avoiding a hospital crisis. They also insist that people must be proactive in their own health care. But even if all those measures are taken, doctors say that hundreds of new cases will join the list and with them, the number of deaths will grow.