Forbidden to Think About Coronavirus

Fired for recommending effective strategies, discredited for collecting data about the emergency and pushed aside for demanding life-saving actions from the government, groups of doctors and scientists break the silence

MANAGUA, Nicaragua -- On March 14, the World Health Organization reported nearly 138,000 infections in 123 countries, with more than 5,000 deaths due to a new type of coronavirus. The health crisis was already reaching the level of pandemic and recommendations for social isolation and avoiding large gatherings were being adopted by governments around the world.

But in a surreal image, hundreds walked that Saturday afternoon along the main avenues of the Nicaraguan capital, Managua, responding to the call of Rosario Murillo, vice president, government spokeswoman, and wife of President Daniel Ortega, leader of the Sandinista Front of National Liberation, who summoned them to participate in a march that she dubbed, "Love in the time of Covid-19.”

This recklessness of the Ortega-Murillo regime began with the report of the first Latin American case of Covid-19 in Brazil on February 26. That day, President Ortega's adviser on health issues, Sonia Castro, convened a press conference to which only official media were invited and where questions were not accepted.

Contrary to the measures taken by most nations, Nicaragua would keep its borders open -- given the cessation of commercial flights, its airport closed operations -- but there would be no generalized quarantines nor the closure of schools and establishments. The virus would be confronted with the strength of the public health system, announced Castro, who was sanctioned by the United States, Canada and the European Union for human rights violations.

In a later statement, the spokeswoman indicated that all the information related to the pandemic would have to be approved by the authorities of the Ministry of Health (Minsa). No other source would be considered "legitimate,” regardless of its origin.

On March 18, Vice President Murillo reported the first case of Covid-19: a 40-year-old man from Panama who was under "responsible and careful" treatment. The phrase that Murillo used that day would continue to be heard in every report given to Nicaragua’s 6.5 million inhabitants.

By that date, Costa Rica was already registering its first death. Meanwhile, El Salvador reported on its number one case of the new type of coronavirus, SARS-Cov-2, causing the respiratory infection Covid-19.

Authorities set up a weekly press conference, every Tuesday at 10 a.m., for journalists from “official” media, who listened in absolute silence to the confusing reports given most of the time by the general secretary of Minsa, Dr. Carlos Sáenz.

In her few appearances, Dr. Reyes only mentioned "cases of outbreaks through clearly established contacts," without acknowledging that since May 25, the World Health Organization (WHO) placed Nicaragua among the countries with community transmission of the new type of coronavirus.

In a silence-laden health emergency, social networks and press opposed to the suppression of information by the Nicaraguan government published images of so-called "express burials" of people who died with obvious symptoms of Covid-19 but whose deaths were recorded as "typical pneumonia" or "pulmonary thrombosis.” Their bodies were delivered in sealed coffins with the warning that their burial had to take place within four hours.

They also showed long lines outside hospitals of the relatives of patients seeking information on the health status of those with suspected symptoms of Covid-19.

Given the need to break through the silence, renowned Nicaraguan professionals formed the Multidisciplinary Scientific Committee and the Citizen Observatory of Covid-19 at the end of March to guide a population that self-medicates and is often at the mercy of the sale of miracle cures and false information circulating on social networks.

The committee provides medical and scientific information on virus prevention and how to deal with the spread while the observatory builds databases on Covid-19 cases in the absence of reliable numbers from the authorities.

The contrasts with the official data were considerable.

While Minsa reported 3,439 accumulated cases and 108 deaths as of July 21, the Citizen Observatory reported triple that figure with 8,755 "verified suspicious cases" and 2,349 "suspicious deaths from Covid-19", terms used in its July 22 report.

Of these, the Citizen Observatory counted 724 health care workers with symptoms associated with Covid-19, along with 96 deaths.

In Managua, dozens are looking for news of their relatives admitted to hospitals with a COVID-19 suspicious symptoms, Alemán medical center is one of those where limited information is available. Photo: Óscar Navarrete.

In this crude panorama, Nicaraguan doctors, scientists and other professionals gathered to raise their voices in dissent while the government was hiding behind confused communiqués which were read in two or three minutes.

"The government never had a strategy to contain the pandemic," said Dr. Ramírez, an epidemiologist and former director of the Minsa Epidemiological Surveillance area in the 1990s, when he spearheaded strategies to deal with the cholera epidemic that hit Nicaragua.

Jorge Huete, molecular biologist and vice-rector of the Central American University, agreed. He was critical of the blocking of information in the areas where there is a greater circulation of the virus and the mishandling of tests to detect positive cases.

"In the most developed countries, there are stable platforms that function routinely for these emergencies,” he replied via email. “The least developed countries do not always have structured systems, however they usually form specific expert committees for certain topics. It has been an inexcusable mistake that the national authorities have not formed a group of experts to inform and advise on the risks and possible ways to face the pandemic and to safeguard the lives of citizens.” 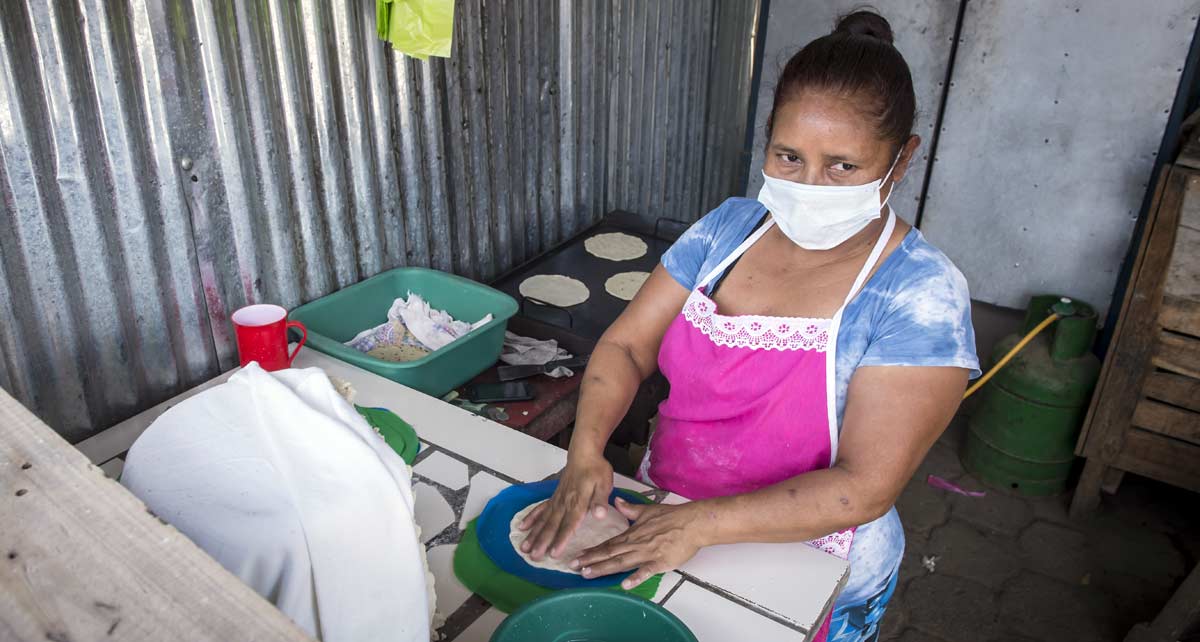 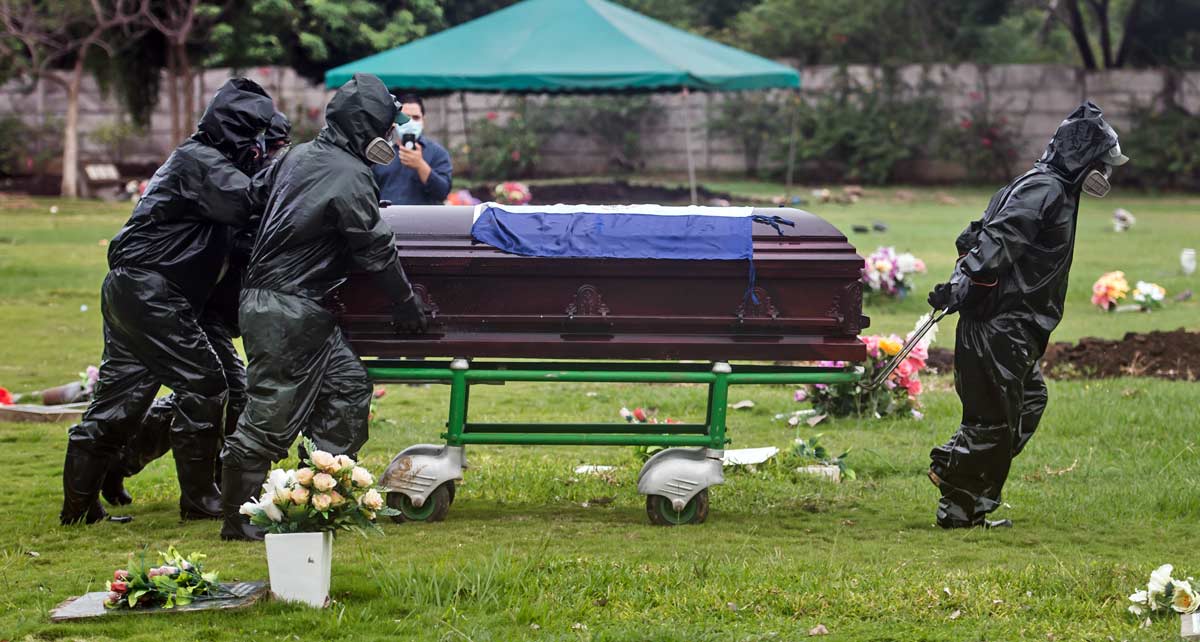 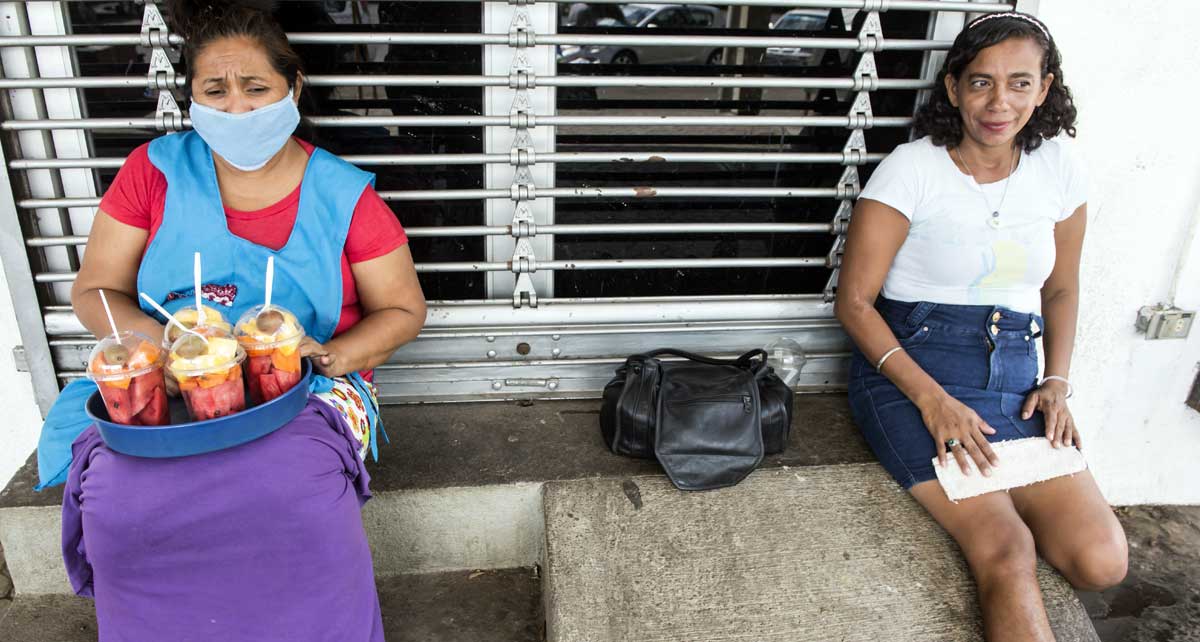 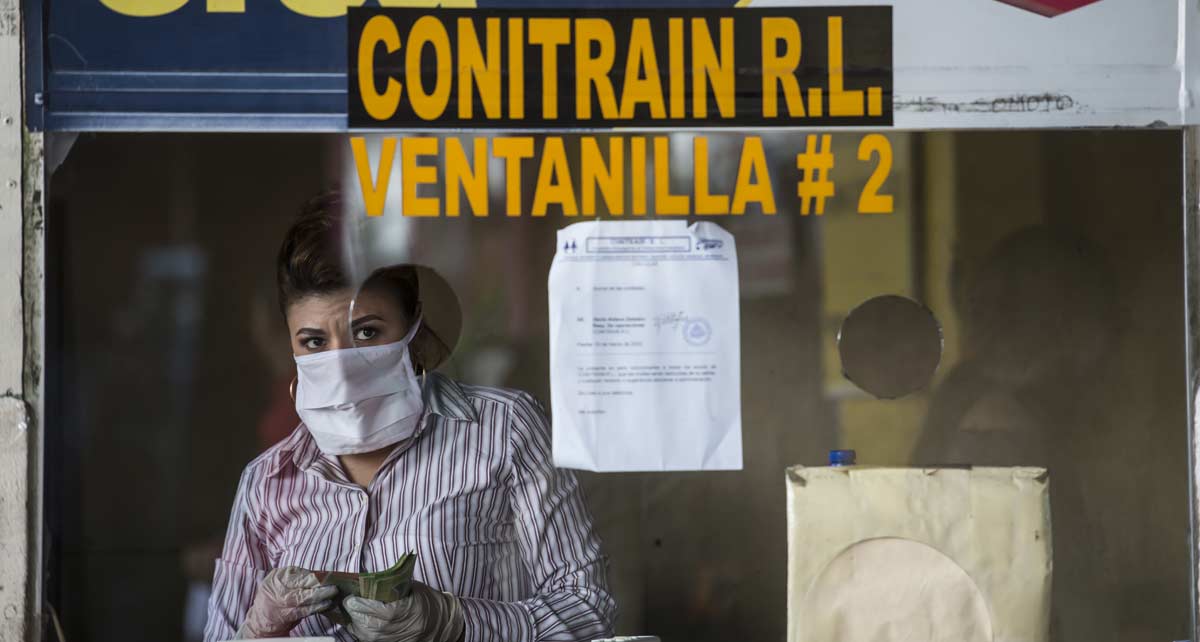 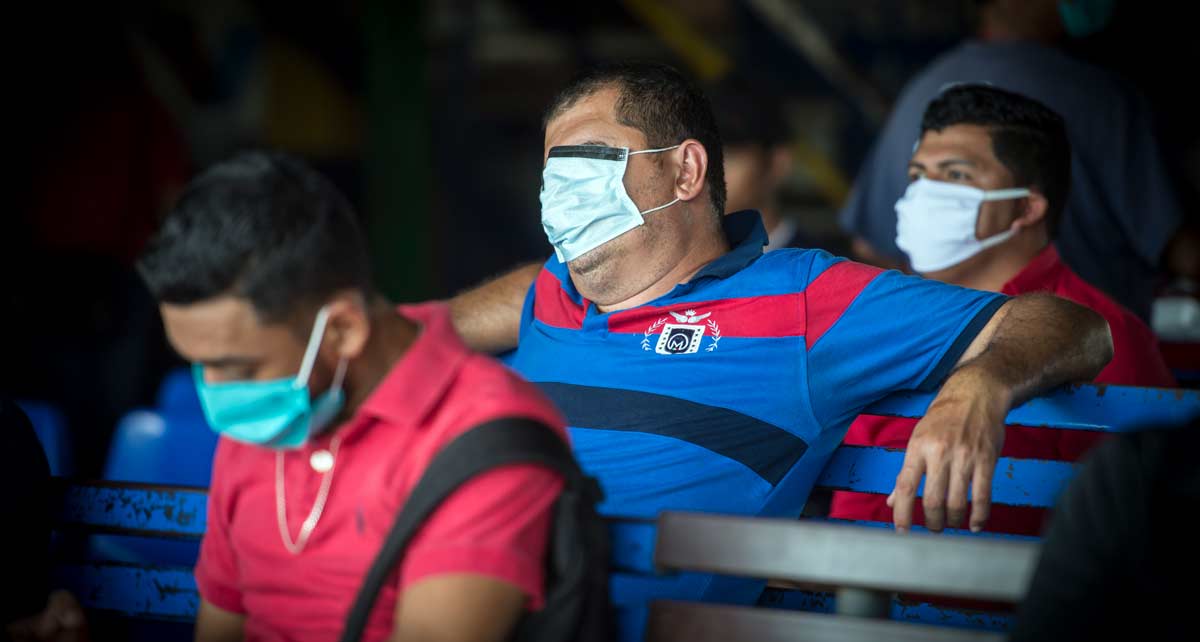 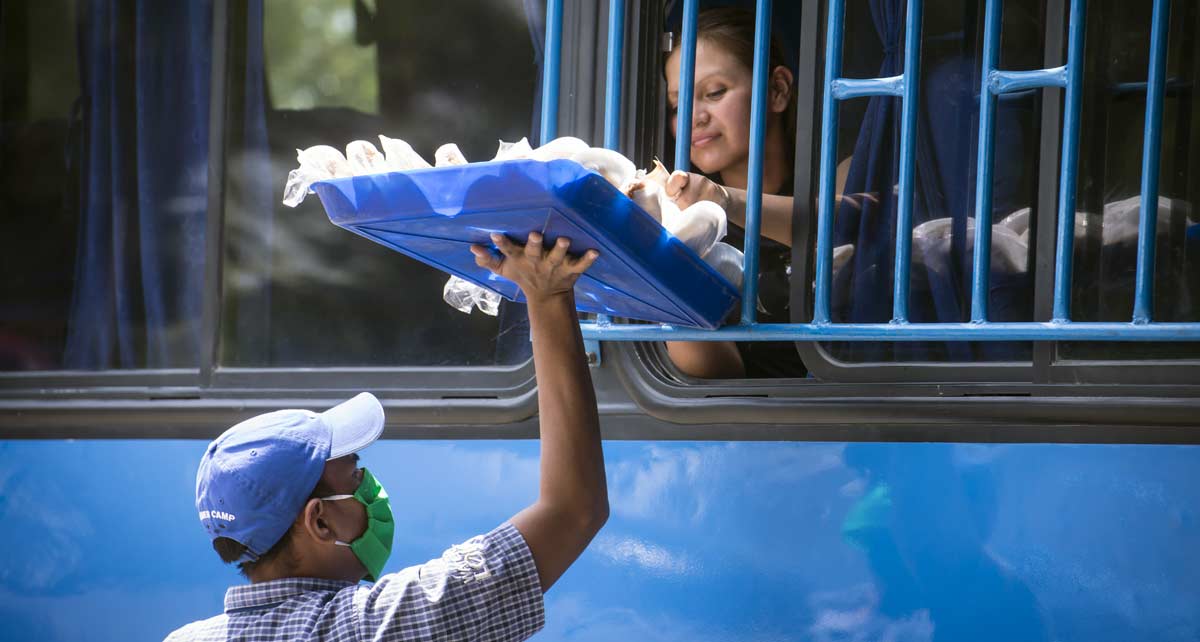 Dismissed for Promoting the Use of Face Masks

Carlos Quant, one of five infectious disease specialists in public hospitals in Nicaragua and promoter of the Multidisciplinary Scientific Committee, became well known with a viral video where he appears explaining the correct use of the face mask. That video made him the target of attacks and criticism from the official government media.

On June 4, the doctor was escorted to the exit of the Manolo Morales Public Hospital and dismissed from the center where he worked for 25 years.

"I was aware of the occupational and personal risk because our speech was opposite the government's. Coming from someone who is part of this system, that did not appeal to the health authorities,” Dr. Quant said. “For the government, being dissonant, dissenting from the official discourse, is intolerable."

“I believe in science at the service of humanity, in statistics as a predictive tool for making decisions. I was hoping that within the framework of our collaborative work, our voice would be heard by the government, by the Ministry of Health,” he told Conexión Centroamericana.

Dr. Quant is one of the more than 20 doctors fired from public health centers. He said that authorities are betting on herd immunity, that “it will occur as with the epidemics of dengue, chikungunya and Zika -- those susceptible to becoming ill have run out and thus these epidemics have been contained.”

“But Covid-19 is more lethal, and sadly, this will mean many deaths," Dr. Quant said.

Conexión Centroamericana requested an interview with the Minister of Health, Dr. Martha Reyes, through the only email enabled for press inquiries (dirprensa@minsa.gob.ni). Despite numerous attempts, there was no response.

For its part, the Ortega government maintains its unyielding stance of not providing information or answering questions about the pandemic. 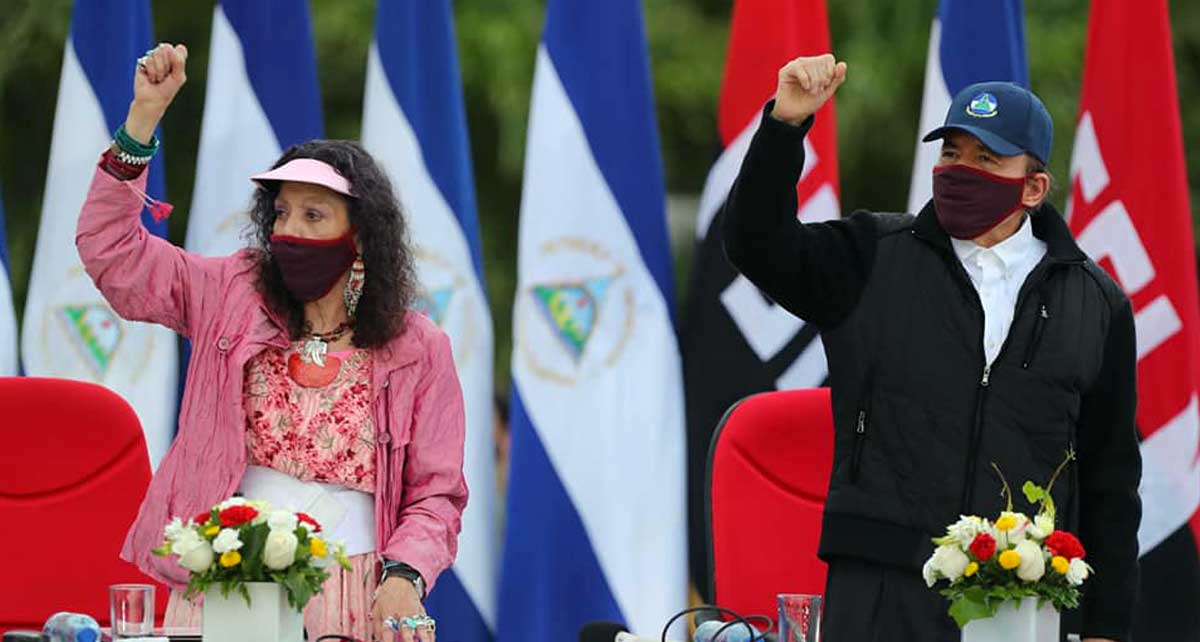 The presidential couple, Rosario Murillo and Daniel Ortega, wore masks at the Sandinista Revolution celebration, on July 19, where it was a massive act. Photo: La Prensa / Taken from El 19 Digital, an official media outlet.

On two occasions during this health crisis, Ortega has not been seen publicly for more than 30 days. Most recently, he appeared on July 19 for the 41st celebration of the Sandinista Revolution in the Plaza of the Revolution.

The celebration was described as a massive event, the kind of event that typically brings overflow crowds to the plaza to venerate Sandinista ideology.

But this year, the celebration took place without convening the Nicaraguan people. The Nicaraguan ministers who attended wore face masks and a large group of Sandinista Youth were seated at a safe distance.

For the first time, Daniel Ortega and his Vice President and wife Rosario Murillo were seen wearing face masks in public.