Facing the Pandemic with Historical Delays

Open letters, social media posts, and statements to the press that frown on authorities: the medical community clamors for support in order to reduce an exponential number of illnesses and death from COVID-19

GUATEMALA CITY, Guatemala -- "Medical staff is experiencing difficulties, they're tired, exhausted,” Dr. Marcos Barrientos said haltingly on the morning of June 11 when Roosevelt Hospital in Guatemala had 140 patients with Covid-19, 90% of them in critical condition.

The fatigue was not only physical as the staff struggled to control a pandemic with historically precarious resources, but also because of the frustration of saying the same thing for months without being listened to. Institutional deafness was another of their struggles.

A month and a week after Dr. Barrientos talked about his concerns, Guatemala went from 8,561 accumulated cases with 334 deaths to 44,492 cases with 1,699 deaths, according to the latest official data available at press time on July 25 (the GT Data Laboratory, an independent group of professionals, recorded higher numbers).

The measures adopted by the Ministry of Public Health and Social Assistance of Guatemala did not prevent the avalanche of infections that saturated national hospitals, such as Roosevelt and San Juan de Dios, with patients infected with the new coronavirus, SARS-CoV-2, causing the respiratory infection, Covid-19, in a community transmission scenario declared by the World Health Organization.

“Converting highly specialized hospitals to those that respond to the pandemic was not the best option without an organized plan that designates the number of beds, supplies, and personnel that could attend to patients," said the president of the Guatemalan Association of Infectious Diseases, Dr. Nancy Sandoval, an infectious disease specialist who uses her social networks to announce the risk of the pandemic to the public.

"The doctors do what they can with what they have on hand: a tent, benches, the corridors,” said health advocate Zulma Calderón, who during her countless visits showed the harsh hospital reality with photos and reports available on social networks.

Given the priority of treating Covid-19 patients, hundreds of patients put pressure on the hospital system with their needs for the usual check-ups for cardiovascular disease, diabetes, hypertension and kidney disease, among other chronic conditions with the highest mortality in this country of 16.6 million population.

Doctors cry out for help

After the first case of Covid-19 was detected on March 13, the Guatemalan government sought to prevent the collapse of medical centers with the hasty construction of five temporary hospitals. However, there was a shortage of equipment, technical failures and insufficient personnel to the point that those centers were also saturated.

That was the situation faced by the first temporary hospital that began operating on March 23, at the Parque de la Industria fairground in Guatemala City. Although Guatemalan President Alejandro Giammattei announced that it would be the largest in Central America with 3,000 beds, it has just with 319 standard-care beds and 48 intensive care beds and it is attended by half of the required health personnel.

Two months later, that medical center was at full occupancy. Worse still, the Intensive Care Unit was temporarily shut down due to an outbreak of Covid-19 among the medical team, with no possibility of replacing the staff given the lack of personnel.

“One would want hospitals to be well constructed, well planned by people who know about building hospitals, but it's necessary to understand the rush when facing an imminent threat and the bureaucracy in the health system which does not allow a quick execution,” said Dr. Eduardo Arathoon, an infectious disease specialist who volunteered to advise the government during the health crisis.

The demand for protective equipment has been another persistent concern of health care workers. As of July 10, some 200 medical personnel had been infected by Covid-19 and 15 had died. Among them, Dr. Marcos Barrientos, the director of Roosevelt Hospital, received the news on June 14 that he had contracted Covid-19

Since the end of March, a group of 1,147 health professionals urged President Giammattei, to provide protective equipment in an open letter promoted by the spokeswoman of the National Association of Pathologists from Guatemala, infectious disease specialist Dr. Ana Ponciano.

A Cry for Help

After taking office in January, President Giammattei appointed a politician, Hugo Monroy, as Minister of Health. A loyalist of the President’s political party, Monroy had no experience in public health and maintained a skeptical attitude towards the pandemic.

"He believed that the disease was not going to come to Guatemala ... The early closure of activities was due to our insistence," recalled Dr. Arathoon about Monroy's attitude.

The Minister was unable to provide answers at the height of the health crisis in a historically weakened health system, as the director of Roosevelt Hospital described in his cry for help on June 11.

“We don't want to stop taking care of anyone, but physically, there is a limit. All the personnel have tried to get more oxygen cylinders, gauges, fans, supplies, equipment. But we can't do it anymore. We need to vent to everyone,” Dr. Barrientos told a group of journalists.

A week later, the Guatemalan president ordered the replacement of the entire leadership of the Ministry of Health and appointed experienced professionals. Thus, the pathologist, microbiologist, epidemiologist and public health worker, Dr. Amelia Flores, took office at a time when the country had already spent three months battling its greatest health crisis in recent memory.

Guatemala out of breath 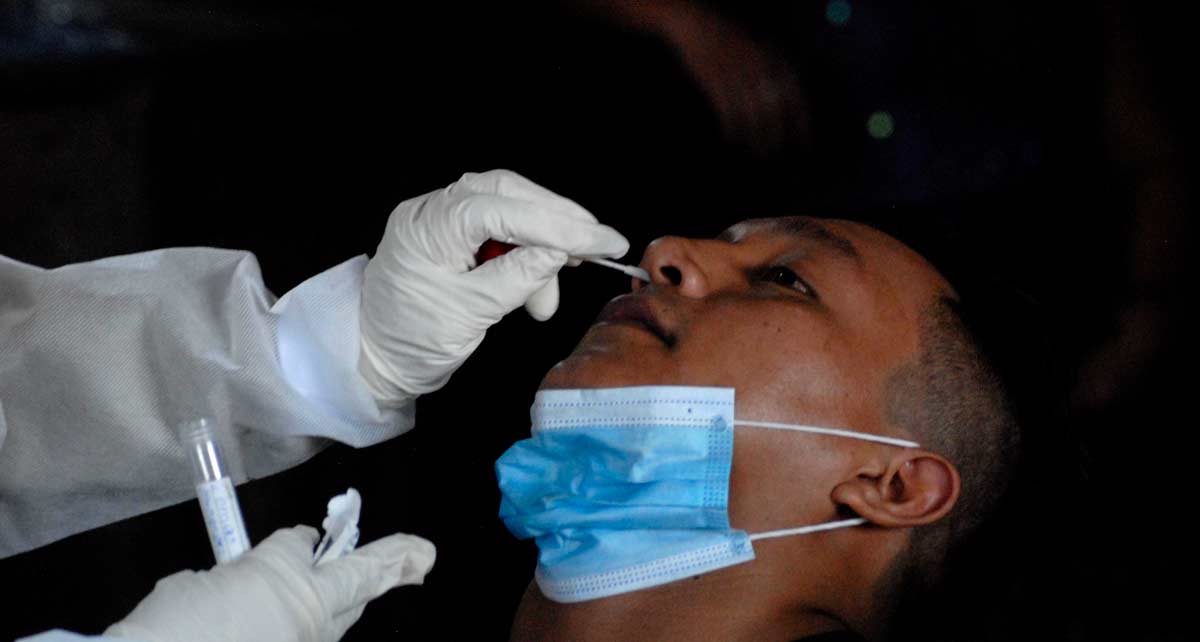 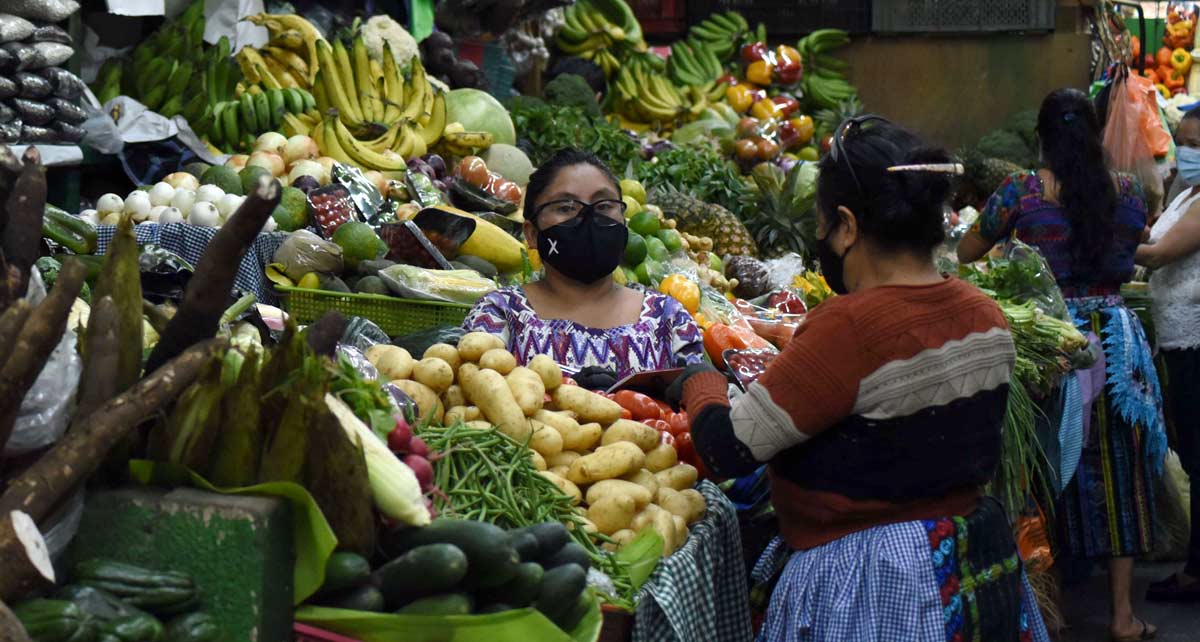 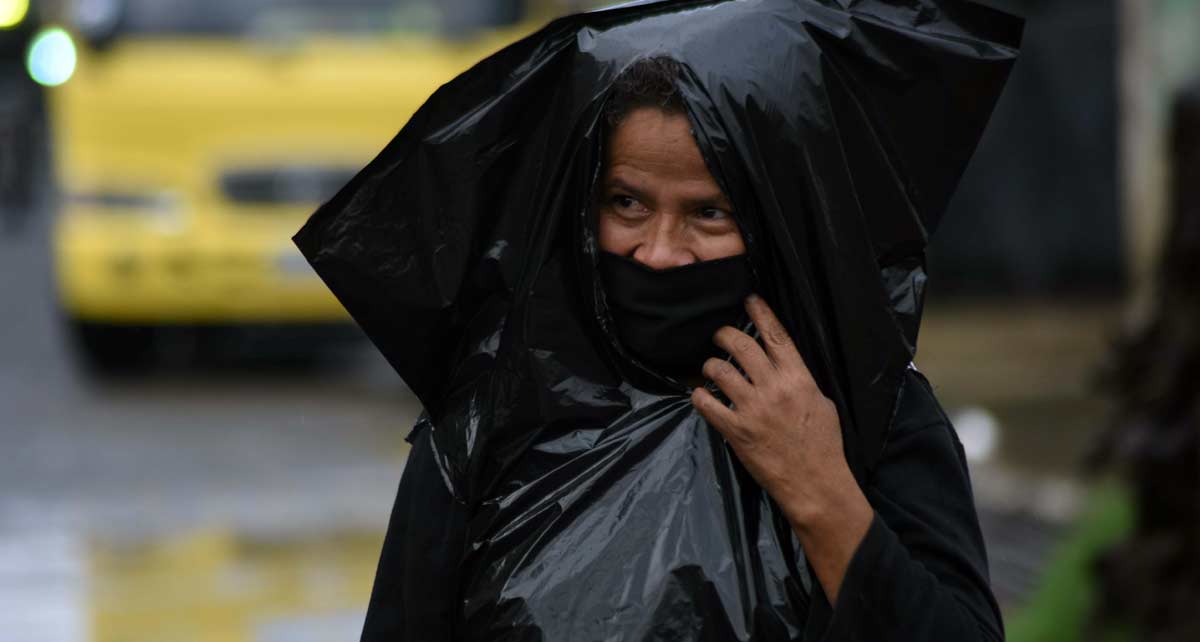 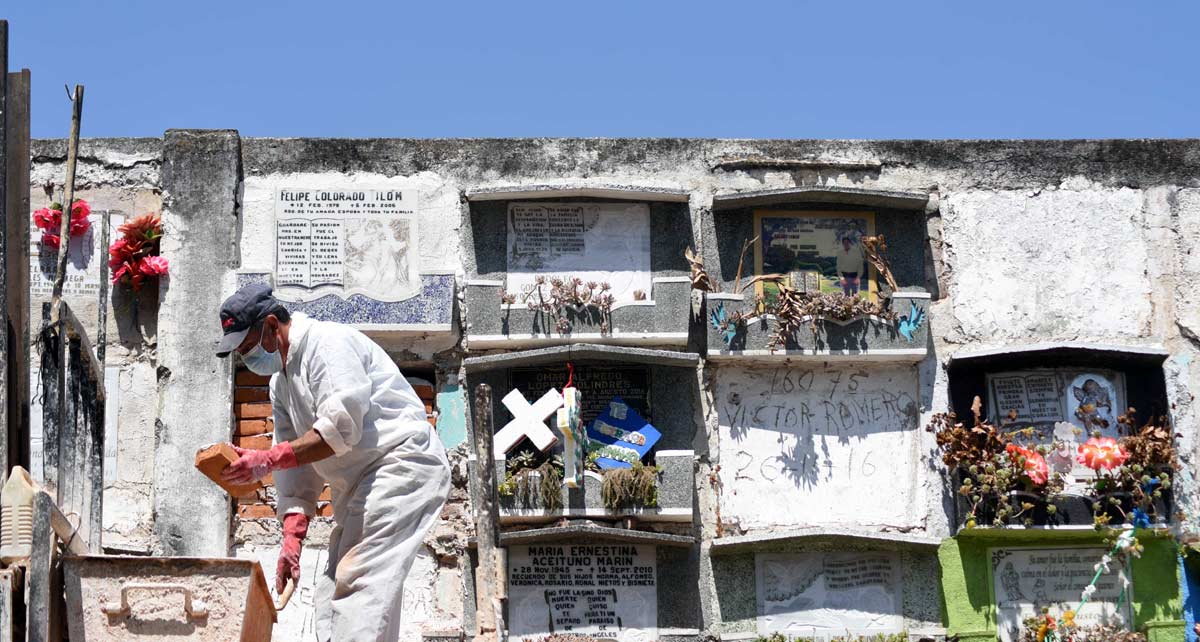 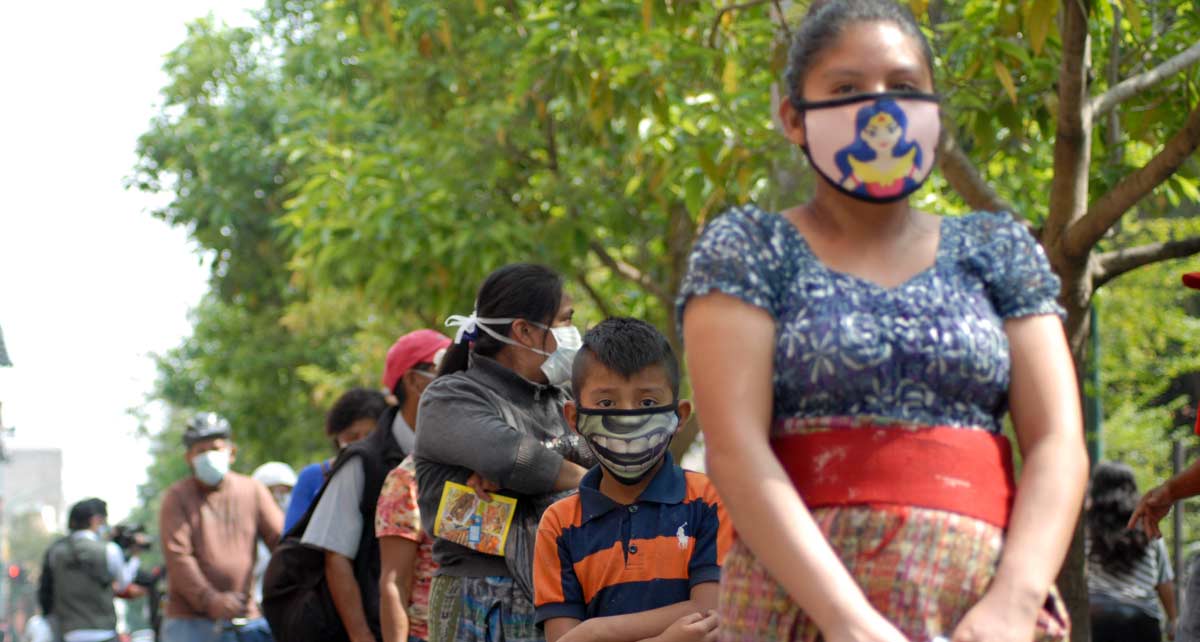 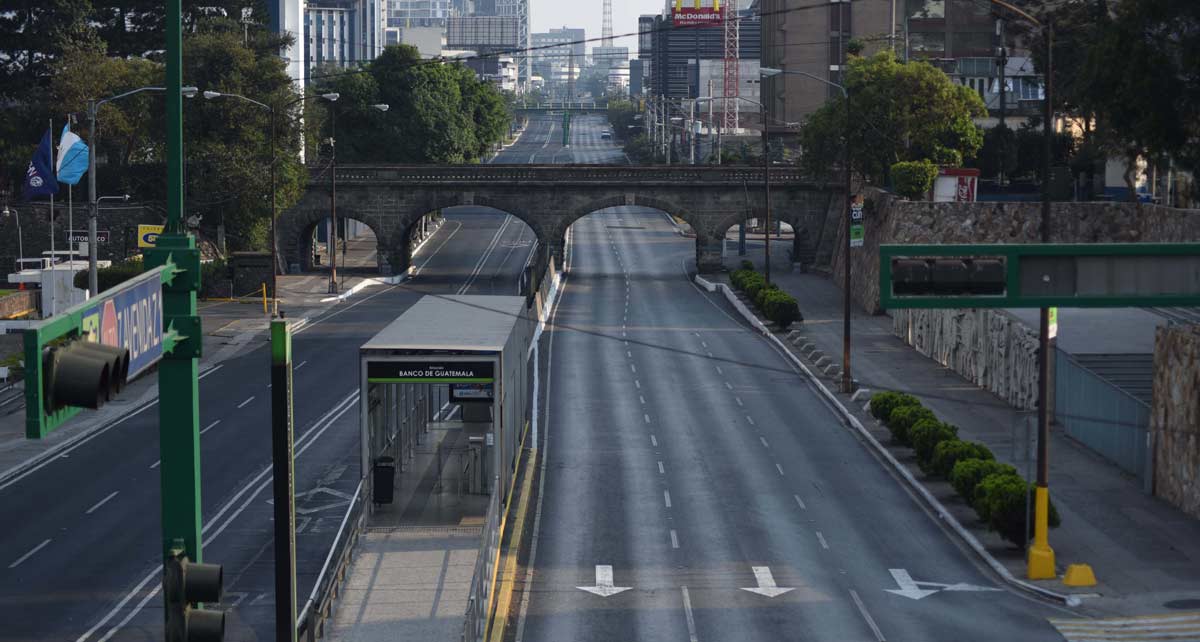 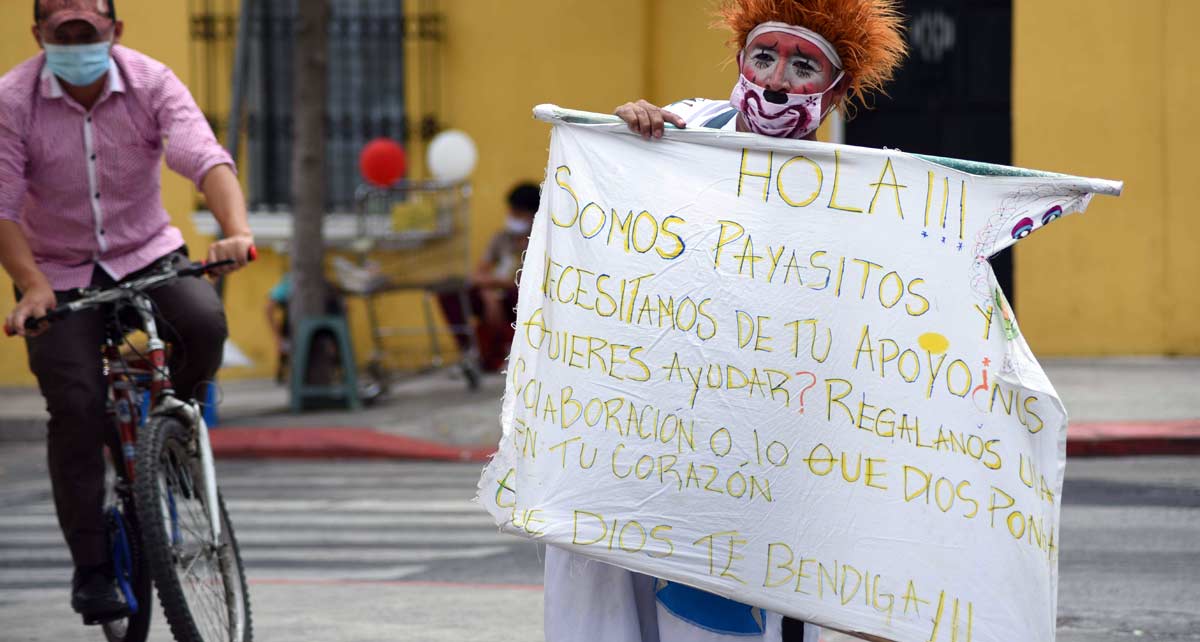 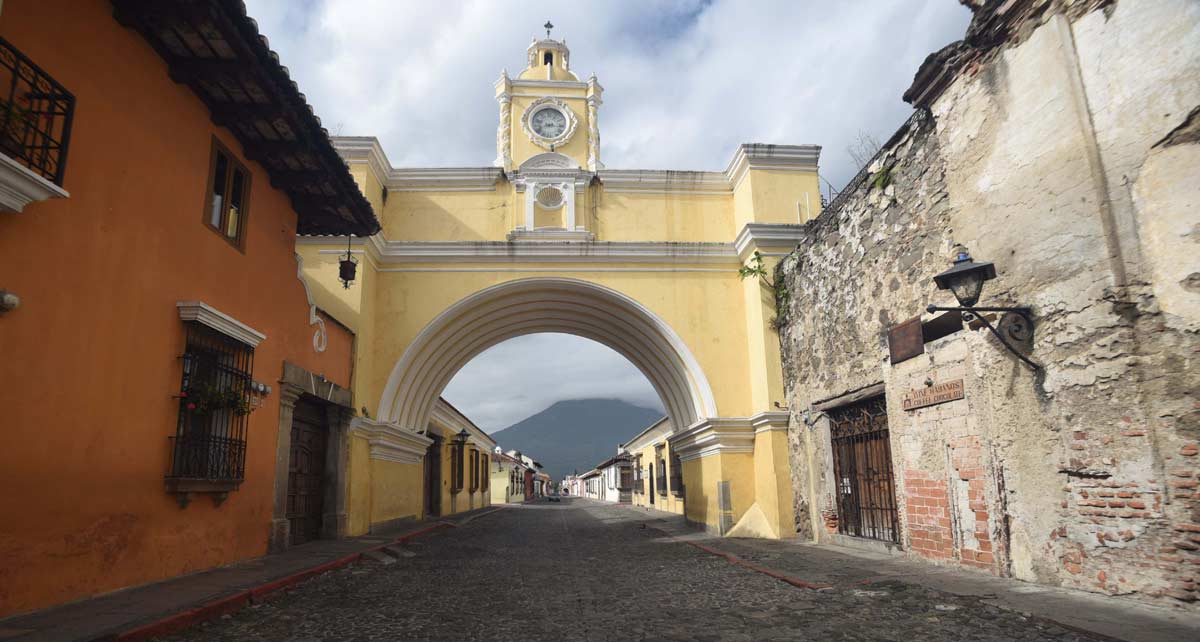 Giammattei formed a Presidential Commission for Emergency Care Covid-19 (Coprecovid), led by Dr. Edwin Asturias, a pediatrician, infectious disease specialist and epidemiologist who made himself heard through his Twitter account from the University of Colorado and returned to his native Guatemala at the request of the President.

"That social network summons an elite interested in the decisions of the public power that analyzes and questions," said anthropologist Alejandra Colom, who believes that a majority of people listen to and follow "the instructions" given by the president in the face of the pandemic.

Although it was announced that the Coprecovid would also include infectious disease specialists Dr. Hugo Pezzarossi and Dr. Arathoon, they were not formally invited so they stepped aside without any official recognition for responding to the pandemic by providing medical advice to the President.

"We talked for hours with him, which did not mean that everything we said was done, because he made his decisions," Dr. Arathoon recalled.

In fact, the medical-scientific voices were successful in halting the resumption of public transportation. “We maintained that it was going to be a means of transporting people and the virus”, said Dr. Pezzarossi. Despite the criticism, "We were persistent and I think that finally the President thought, ‘These guys are right".

By then, the country had been operating under the State of Public Calamity for more than three months -- extended to July – which included the closure of borders, the prohibition of massive events, the halting of public transportation, the suspension of the school year, a curfew and other actions taken by the government to flatten the curve of cases.

“Telling everyone to stay locked up served to slightly contain the contagion, but contingency measures for people who are poorer or who depend on their daily sales were ignored,” said anthropologist Colom.

Although the government provided economic bonuses, food baskets and subsidies for the payment of energy, as well as other forms of assistance, these actions did not stop people from taking to the streets in a country where 59% of the population lives in poverty.

In Guatemala white flags means help to ask for food, dozens of families are facing this situation. Photo: Orlando Estrada.

A Blurred Image of the Pandemic

Designed by Coprecovid to end the confinement and reactivate the economy, Guatemala’s president announced that a Health Alert Board would begin operating in late July, indicating the number of cases and the percentage of positive tests in each municipality. The cases will be marked by colors from the smallest to the higher risk, as if it were a traffic light.

However, there are doubts about obtaining and processing samples from each municipality after the discovery of 8,000 unprocessed tests at the National Health Laboratory, following an audit requested by the new Minister of Health.

"We are seeing a blurred image of the pandemic, out of the corner of our eye ... In addition to not informing the population, there is a question about whether the government's decisions have a technical basis," said independent analyst Karin Slowing, who formerly headed the General Secretariat of Planning and Programming.

"In some of the gravely ill patients, death came before the test result," said Dr. Manuel Sagastume, the former director of epidemiology of the Ministry of Health who resigned in June, criticizing the lack of transparency in the disclosure of the real number of deaths due to Covid-19.

Dr. Asturias, the president of Coprecovid, initially agreed to an interview for this report. However, he did not respond to later attempts to contact him.

Dr. Flores, Guatemala’s Minister of Health, said keeping the two national hospitals free of patients with Covid-19 is a valid recommendation. "Not all people have to go and saturate the hospital services," she said in a telephone interview.

The minister advised people to find out about the symptoms of Covid-19 and to only use hospital services when necessary. To reinforce this, the government said an information campaign will be launched on radio and television.

If the citizens of Guatemala comply with all recommended health measures, the most recent projection by Dr. Asturias shows the pandemic could still claim 7,000 lives between now and September. Without a doubt, the crisis is just beginning.